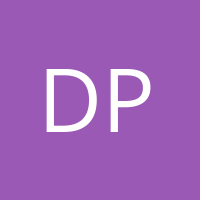 by
Djankov, Panizza
My articles My books
Follow on:
Summary:
The COVID-19 pandemic started in China but soon moved to Europe and to the US, and by the end of March the number of cases in advanced economies had surpassed that in East Asia. At the beginning of the pandemic, it was hoped that warm weather and younger populations would shield many developing countries from the virus. However, this hope has not been in realised. Infected cases in Africa, South Asia and Latin America are still growing, with Latin America having surpassed the number of cases in Europe and still growing rapidly. This is not only due to the fact that many developing and emerging countries are populous. If we focus on cases per inhabitants in countries with a population of at least 5 million, we find that about half of the countries in the list are developing or

The COVID-19 pandemic started in China but soon moved to Europe and to the US, and by the end of March the number of cases in advanced economies had surpassed that in East Asia. At the beginning of the pandemic, it was hoped that warm weather and younger populations would shield many developing countries from the virus. However, this hope has not been in realised. Infected cases in Africa, South Asia and Latin America are still growing, with Latin America having surpassed the number of cases in Europe and still growing rapidly. This is not only due to the fact that many developing and emerging countries are populous. If we focus on cases per inhabitants in countries with a population of at least 5 million, we find that about half of the countries in the list are developing or emerging market economies. And these figures are likely to underestimate the problem as the number of reported cases is closely linked to testing capacity which is limited in many developing and emerging market countries.

Figure 1 Number of cases across regions

The economic impact of the pandemic is global. While in October 2019, the IMF estimated that 2020 world GDP growth would be close to 3.4%, the IMF now forecasts that in 2020 world GDP will contract by 6%. The global contraction affects every country covered by the IMF forecasts. The IMF now expects that in 2020 there will only be 16 countries with positive growth in GDP per capita. For the sake of comparison, in the aftermath of the global financial crisis, nearly 80 countries registered positive growth in income per capita.

In a new VoxEU eBook, we describe the early work focusing on developing and emerging markets (Djankov and Panizza 2020. Developing and emerging market countries differ from advanced economies in both the structure of the economy and the tools that can be used to implement macroeconomic policies aimed at reducing the amplitude and the economic costs of recession associated with the pandemic (see the chapter by Hevia and Neumeyer). The most important amplifying factors include:

The eBook is divided into five sections. The first three sections frame the problem, present regional perspectives, and discuss how the pandemic affects poverty, inequality and informality. The last two sections discuss policy responses and highlight the macro-financial effects of the crisis, including a narrative on the role of the international financial institutions.

The global economic impact of the pandemic is due to the fact that the economic risk of COVID-19 is distinct from its health risk. The chapter by Noy and co-authors compares these two risks and show that, in some instances, the two might be orthogonal. This is especially the case for countries that have a small number of reported cases but are heavily reliant on tourism receipts and have fairly limited fiscal space for battling the ensuing recession.

Djiofack and co-authors focus on Africa and show that COVID-19 is likely to create a lasting impact on labour productivity. They estimate that, in an optimistic scenario, African GDP would be permanently 1% lower than in the pre-COVID scenario.

Levy Yeyati and Valdes show that there is substantial heterogeneity within Latin America, with Peru and Chile able to implement a sizeable fiscal reactions, Colombia, Mexico, and Uruguay with limited fiscal space and Argentina, Brazil and Ecuador with no access to private capital

Developing Asia is an interesting case because, as shown by Abiad and co-authors, it includes countries with very strict containment measures. Within the region, East Asian economies are expected to observe smaller contractions as these countries have been able to contain domestic outbreaks through aggressive testing and contact tracing, and have avoided stringent containment measures. However, tourism-dependent countries in the Pacific sub-region are expected to observe large drops in GDP even if none of these countries has had a significant outbreak. The chapter by Mooney and Zegarra explicitly focuses on tourism and show that the impact of the COVID-19 pandemic on tourism flows to the Caribbean is without precedent in terms of its speed and severity.

The second section of the eBook starts with a chapter by Gómez and co-authors which uses data from the International Coronavirus Survey. The chapter shows that in low- and middle-income countries, individuals report complying less with the containment measures and express higher levels of worries and depression, with women being more worried and depressed than men. Perceptions are important because divergent beliefs about the ‘facts on the ground’ can be a source of social tension which can ultimately lead to conflict during economic crises. Berman and co-authors focus on conflict and, using a counterfactual exercise, find that that the lockdown has reduce conflict intensity in the short run but that the pandemic may amplify inter-religious and inter-ethnic tension and that violence may explode once mobility restrictions are relaxed.

The chapter by Bosio and co-authors studies how long firms in a sample of 34 low- and lower-middle income economies can survive without revenues. They find that the median firm in a low-income country can survive between 6 weeks and 18 weeks and that in middle-income countries the median survival time ranges between 7 weeks and 11 weeks. This disturbing microeconomic picture leads to two predictions: the potential for massive job losses; and a rapidly growing budget deficit for 2002, 2021, and perhaps some years after that. To address the former topic, Cespedes and co-authors develop a model to show that the elimination of jobs in a pandemic is inefficient because of the interaction of two ingredients: (i) while workers may be unproductive during the pandemic, eliminating jobs harms productivity in the recovery; and (ii) employers may be unable to preserve jobs during the pandemic because of frictions that limit the credit needed for paying the wage bill.

The third section of the eBook focuses on how the pandemic will affect informality, inequality, and poverty.

Valensisi evaluates the effect of COVID-19 on global poverty using three different poverty lines ($1.90/day, $3.20/day and $5.50/day) and finds that the pandemic will erode much of the poverty-reduction gains recorded over the last decade. These estimates focus on changes in GDP and assume that the crisis will not affect income distributions. However, the pandemic is likely to increase income inequality as less-skilled people are often unable to work from home and are either more likely to suffer job loss or have to continue working outside home, with a greater probability of being infected.  The chapter by Furceri and co-authors uses data from past epidemic to estimate the effect of COVID-19 on inequality and job prospects. Their findings are in line with the hypothesis that the current pandemic could lead to a large increase in inequality which, in turn, will amplify its effect on poverty.

The chapter by Nonvide evaluates the economic policy responses implemented by selected African countries and shows that these measures often exclude informal workers which, in Africa, account for 86% cent of total employment. She suggests that cash transfer programmes and larger social assistance systems need to be a key component of the policy response in Africa. Dhingra also focuses on informal workers and points out that income policies are hard to implement in developing countries. A universal job guarantee programme is an appealing option for getting people back to work once the acute phase of the pandemic is over.

The chapters in section four of the eBook focus on some of the policy responses in the post-COVID recovery phase. These include job protection (Bircan and co-authors), work from home (Gottlieb and co-authors), the protection of export-oriented firms (Woodruff), the streamlining of bankruptcy procedures (Balloch and co-authors), regulatory reforms to increase firm productivity (Djankov and co-authors), and policies for preserving the human capital of the young (Corral and Gatti). The last chapter of this section by Freund and co-authors discusses the disruption of global value chains brought by COVID-19.

The chapters in last section focus on financial factors. They include a proposal for a debt standstill (Bolton and co-authors), a chapter that discusses how to use past experiences do develop models that can help policy-makers in calibrating appropriate responses (Benigno and co-authors), and three chapters which discuss the role of the exchange rate and foreign currency borrowing. The last chapter discusses the role of the Bretton Woods institutions.

Corsetti and co-authors argue that flexible exchange rates can help to complete local currency-denominated debt contracts ex ante but that they need to be accompanied by a well-working global safety net. Hofmann and co-authors show that the size of cumulative bond portfolio outflows during the COVID-19 crisis eclipses those observed during the height of the great financial crisis. The chapter describes the mutually reinforcing interactions of currency fluctuations and financial market outcomes in EMEs arising from ‘original sin redux’, highlights the important of the policy response of EME central banks, and emphasises the importance of credible and effective global and regional financial safety nets. Esteves and Sussman also show that foreign exchange markets also reacted strongly to the pandemic and that emerging markets initially suffered a larger depreciation than advanced economies. They suggest that the immediate response of monetary authorities in the largest advanced economies also improved the outlook for emerging economies. The authors highlight the importance of a well working international safety net.

In the last chapter, Djankov and Kiechel discuss the role of the IMF and the World Bank and suggest that the two institutions should now: (i) set priorities for financing liquidity constraints ensuring that their resources do not get siphoned off to existing clients; (ii) create new ways to reach vulnerable populations, especially people working in the informal economy; (iii) establish an advisory program for countries whose corporate sector faces genuine insolvency as opposed to liquidity constraints; (iv) start debt sustainability discussions, expanding the official moratorium to all low- and middle-income countries and forcing the restructuring of payments to private creditors.

While the pandemic is mostly under control in many advanced economies, things may get worse in some developing countries in Africa and Latin America which are registering an increase in the number of cases and, because of their starting conditions characterised by high poverty, informality and limited fiscal space, may suffer long lasting consequences from the pandemic. The international community should step up, by providing aid, technical assistance and debt relief so that countries will not need to decide between saving lives and servicing their debts.

Baldwin, R and B Weder di Mauro (2020b), Mitigating the COVID Economic Crisis: Act Fast and Do Whatever It Takes, a VoxEU.org eBook, CEPR Press.

My articlesMy books
Follow on:
Previous Women leaders are better at fighting the pandemic
Next Preserving capital in the financial sector to weather the storm

Ideology vs the triple lock