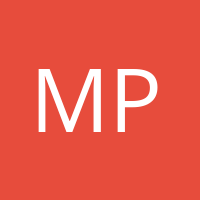 by
Motta, Peitz
My articles My books
Follow on:
Summary:
The EU has been criticized for not reacting quickly enough to the COVID-19 crisis and for providing neither a vision nor instruments to deal with its economic impact. Short term emergency funding has so far been mostly provided through aid programmes by the individual member states. However, on 23 April 2020, the European Council agreed in principle on a “Roadmap to Recovery” and on establishing a new fund with the volume of more than €1 trillion to help overcome the severe economic crisis that the EU – as well as most of the world – has entered. The European Commission has been asked to develop a proposal for how to use this recovery fund. We see a unique opportunity to develop a truly European programme that  helps restructure the EU economy. The recovery fund may be

The EU has been criticized for not reacting quickly enough to the COVID-19 crisis and for providing neither a vision nor instruments to deal with its economic impact. Short term emergency funding has so far been mostly provided through aid programmes by the individual member states.

However, on 23 April 2020, the European Council agreed in principle on a “Roadmap to Recovery” and on establishing a new fund with the volume of more than €1 trillion to help overcome the severe economic crisis that the EU – as well as most of the world – has entered. The European Commission has been asked to develop a proposal for how to use this recovery fund. We see a unique opportunity to develop a truly European programme that  helps restructure the EU economy. The recovery fund may be instrumental for the economy to recover, but this requires new directions and bold restructuring instead of preserving the old economic landscape.

We see this funding proposal as complementary to other proposals aimed at reducing short-term pain and massive immediate firm closures, especially in those countries hit hard by the crisis and in a poor fiscal position (see, in particular, Bénassy-Quéré et al. 2020a, Grund et al. 2020, Lamadrid and Buendía 2020). The general argument why governments should intervene and avoid massive firm closures is laid out in Didier et al. (2020). Boot et al. (2020) make a proposal for how the EU can channel funding to firms in distress because of the COVID-19 crisis. Here, we focus on the purpose of the recovery fund that goes beyond the short term (see also Bénassy-Quéré et al. 2020b).

Why an EU programme for certain sectors instead of aid by individual member states?

Allocation of competences between the EU and the member states is defined by the principle of subsidiarity. When aid to particular sectors is at issue, there are two circumstances under which responsibility should be at the EU level. First, when there are affected sectors whose volume of EU trade is such that the scope of the market is truly European. This includes products such as cars as well as services such as flights. Second, when there are externalities across member states, so that a national programme would not fully internalize the benefits that would arise at the EU level. This includes security of supply, infrastructure relevant for cross-border trade, and environmental issues which spill over national borders.

An EU programme is likely to reduce competition distortions and domino effects by which member states escalate the support for their home industries when the respective sector features cross-border trade within the EU. We elaborated on this reason in our VoxEU column published on 18 April (Motta and Peitz 2020). If member states support individual companies, there exists the risk of distorting competition, even though such aid requires the approval by the European Commission. Since some member states have already approved national support schemes for specific companies (e.g. for airlines), a European programme for the respective sector can mitigate this risk.

The airline industry is a case in point. France and the Netherlands have already announced measures of recapitalisation in support of AirFrance/KLM (which already benefit of liquidity and employment support measures available to all companies). Lufthansa and its subsidiaries are in talks about state support with the governments of Germany, Austria, Belgium, and Switzerland. Such measures will distort competition to the detriment of other EU airlines, and may push other member states to support national airlines. We find it difficult to understand what is the rationale for state intervention into this industry that goes beyond short-term liquidity support. For example, why do Italian governments continue to support Alitalia, which was losing up to €2 million a day well before the COVID-19 crisis, to provide a service that private airlines could offer more efficiently? If any support should be given to this industry, then it would be desirable for the European Commission to put forward a restructuring and support plan for the airline industry that is compatible with the EU’s climate policy objectives, avoids competition concerns, and thus aligns the support programme with other policy goals. This plan would need to account for the fact that the industry outlook will likely be different after the crisis, as tourism may take time to pick up, but above all because physical meetings are likely to be replaced by virtual meetings and thus reduce the volume of business travels. A restructuring of the airline industry should go hand-in-hand with a commitment to introduce a kerosene tax at the EU level.

The automotive industry is another case in point. Germany, Spain, France, and Italy have a significant automotive industry (but also smaller countries such as the Czech Republic and Slovakia). A rule-based European solution here would hopefully prevent national go-it-alones and an escalation of aid. It should also make support contingent on fulfilling EU-wide objectives such as climate policy, as we argue below.

Whatever sectors are selected for aid, an advantage of an EU-wide system compared to national programmes is that all firms in that particular sector would be eligible for aid, which would eliminate a source of distortion, namely, that only firms from some member states may receive aid within the sector.

One of the advantages of the Commission playing a central role in designing a European aid programme is that it would reduce horse-trading between member states. To some extent, our trust in the Commission also comes from the fact that over the years the Commission has (in general) been able to resist the recurrent pressure to relax state aid control and to include exceptions to competition (e.g. in merger control) for many sectors.

Apart from competition policy reasons we can also think of other policy objectives that are linked to EU-wide goals of society and may justify a leadership role by the European Commission. Individual member states may not have the resources or, because of cross-country externalities, may not be willing to provide sufficient resources to pursue objectives such as climate and digital ones, or resilience in times of crisis, which generate benefits in other member states (see also Bénassy-Quéré et al. 2020b).

What should be guiding principles and what pitfalls are to be avoided? And how can this funding be used to make Europe a better place in the future?

While the recovery fund’s €1 trillion is a large sum, neither would it be sufficient to cover all the claimed needs by so many firms in so many industries, nor would it be desirable to develop specific support schemes for all the sectors of the economy.

Under the EU umbrella, several sector programmes can be launched after consultations to ensure different preferences of individual member states are voiced. It is also important for the countries without a significant domestic industry in the respective sector to take part in the consultations since they might also suffer from distortions of competition, and would, therefore, be interested in avoiding them.

Criteria for support should be well thought: assigning it to firms and industries on a first-come-first-serve basis, or according to the strongest lobbying power, or proportionally to the pre-crisis turnover would certainly not be a good idea. When setting up support schemes, the Commission should identify core competences and infrastructures that should be improved and identify sectors that are of EU-wide importance in this respect. Focusing programmes on specific societal goals and identifying relevant sectors, will ensure that the possibilities for horse-trading in such transfer programmes is limited.

The Commission should use aid programmes to help make the EU fit for the future. The fund should be forward-looking, and not aimed at restoring the pre-crisis status quo. It is an opportunity to improve our economy and achieve long-run EU objectives. We should not miss it.

Concretely, if, for instance, support programmes for the car industry are envisioned, they should be based on climate objectives. For example, transfers for R&D in emission-free vehicles could be part of the funding programme.

Funding programmes should go beyond funding only those industries in which selective funding by some countries would distort competition. Physical and digital infrastructure build-up could also be part of a funding proposal because of cross-border externalities.

Another dimension for funding programmes would be resilience regarding certain supply chain disruptions in the global supply chain outside the EU and demand shocks within the EU. Since private companies have little incentives to build up capacities that will only be used in unlikely events, there may be a need for government-sponsored markets for reserve capacities (as is already done in energy markets). This may take the form of a government paying for the option to procure certain products at specified terms, whereby the party signing such a procurement contract has to regularly prove that it is able to deliver as agreed in case an emergency arises. This applies in particular, to parts of the pharmaceutical and medical equipment sectors. Such a EU-wide programme is essential to be able to respond when the EU at large faces a shock to security or health.

Infrastructure needs may be interpreted broadly. Thus, it is conceivable to have an EU programme that supports firms in the arts and culture. Such cultural offers can be considered essential for the social fabric of Europe.

Grund S, L Guttenberg and C Odendahl (2020). “Sharing the fiscal burden of the crisis: A pandemic solidarity instrument for the EU”, VoxEU.org, 5 April.

Lamadrid de Pablo A and J L Buendía (2020), “A moment of truth for the EU: A proposal for a State Aid Solidarity Fund”, ChillingCompetition.com, 31 March.

My articlesMy books
Follow on:
Previous The 1918 influenza did not kill the US economy
Next Economic policy incentives in the fight against pandemics