Coping with disasters: Lessons from two centuries of international response 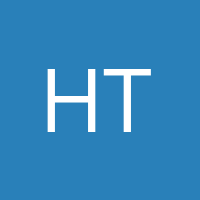 by
Horn, Reinhart, Trebesch
My articles My books
Follow on:
Summary:
Global catastrophes, like the current one, are a time of official, state-driven finance, including on the international level. History shows that during wars and similar major shocks, governments have been willing to transfer huge sums to their allies and other states in need. This was particularly true for WWII and WWI, when countries like the US and the UK granted unprecedented amounts of international loans and grants to other sovereigns. To put this into perspective, the total international bailout loans of 2008-2012 were small compared to the huge international transfers in wartime (see Figure 1). For example, between 1942-1944 governments mobilised international transfers and loans in the order of 10% of US GDP (per year!), at a time when advanced countries had

Global catastrophes, like the current one, are a time of official, state-driven finance, including on the international level. History shows that during wars and similar major shocks, governments have been willing to transfer huge sums to their allies and other states in need. This was particularly true for WWII and WWI, when countries like the US and the UK granted unprecedented amounts of international loans and grants to other sovereigns. To put this into perspective, the total international bailout loans of 2008-2012 were small compared to the huge international transfers in wartime (see Figure 1).

For example, between 1942-1944 governments mobilised international transfers and loans in the order of 10% of US GDP (per year!), at a time when advanced countries had double-digit fiscal deficits. Today, these magnitudes correspond to a yearly volume of $2,000 billion in new international sovereign bailouts/transfers. We will see if the international bailouts mobilised during the current crisis will come close to that. But if we take French President Emmanuel Macron at his word (“this is a war”), it is not entirely unthinkable that the international financial response will be similar in scope to those we saw 75 years and 105 years ago.

A panorama of 200 years of government-to-government lending

Our evidence is based on a multi-year research project on international official lending, which we define as credits granted between governments and between central banks of different nations. Our project shows that, over the past two centuries, official creditors have played a dominant role in international finance. But this role has remained largely in the shadows, partly due to a lack of data. Existing datasets on official debt typically have a narrow focus on development aid, i.e. concessionary lending, or they start only in the 1980s. As a result, the history of official (sovereign-to-sovereign) lending has almost entirely been forgotten.

Our forthcoming paper (Horn et al. 2020) shows that official lending by governments and central banks is much larger than commonly known. Since 1800, official capital flows have repeatedly exceeded total private cross-border flows. This has especially been true during times of disaster and war, when private flows decline and official actors become the only remaining international lenders. Our analysis explores the trends and cycles of official lending in the very long run, based on a rich new loan-level dataset.

We collected data on the lending transactions of 134 creditor countries and 56 international and regional financial organisations, building on hundreds of sources including international treaties, budget accounts, data by international organisations, and archival material. In total, we identify more than 230,000 official loans, grants and guarantees from 1790 to 2015, with total commitments amounting to more than $15 trillion (in constant 2015 terms), which is similar to the total outstanding US government debt as of 2015.

As can be seen from Figure 1, the biggest surges in official lending occurred during international wars, in particular WWI, WWII and the Napoleonic wars. The amounts lent during these global conflicts by far exceeded those lent during global financial crises or major natural disasters. This puts today’s debates on the international financial system into perspective. We typically think of official finance as a complementary type of capital flows in the context of development aid and crisis bailouts. But this modern view is largely a reflection of the fact that much of today’s advanced economies have enjoyed 70 years of peace and no major global catastrophes (Harari 2011). This is why most official lending of the past decades has gone to developing countries, while, historically, today’s advanced economies were the main recipients of international official loans.

Comparing our novel data on official flows with previously assembled long-run data on private international capital flows by Reinhart et al. (2016, 2020), we show that both series are negatively correlated. Figure 3 shows that official capital flows are highest when private capital flows dry out. During wartime, private investors shy away from financing the extraordinary spending needs of foreign allies, while governments lend at record pace. Similarly, it is known that private flows retrenched during the Bretton Woods era of tight capital controls in the 1950s and 1960s. During these decades, official creditors became the ‘only game in town’. The same was true during the height of the Great Depression in the 1930s and during the 2008 global financial crises and the euro crisis, when central bank and sovereign lending spiked, while private capital flows reversed.

It is not widely appreciated that we are witnessing a pronounced comeback of official lending in recent decades. China’s rise as an international creditor, in particular, has been underestimated due to a lack of data and transparency (see also Horn et al. 2019). But China’s official lending boom has been part of a general rise of new creditor powers, especially emerging markets such as Russia, India, Brazil and the Arab oil states. In addition, dozens of new official lending institutions were founded since WWII, including a range of regional development banks and regional financial arrangements in Asia, Africa and South America. The result has been a notable increase in ‘South-South’ official sovereign lending. It remains to be seen whether this trend continues given today’s developments. What is clear from the data is that the vehicles for bilateral, regional and multilateral official lending have never been so plentiful and diverse as today. The global financial safety net is large and diverse (Scheubel and Stracca 2016).

Crucial, in the current context, is that we are also seeing a resurgence of official financing via central banks. Since the financial crisis of 2008 the Federal Reserve Bank, the ECB and the Bank of Japan have granted record amounts of ‘swap lines’ via a network of standing credit lines that allow drawing overnight foreign currency loans (Bahaj and Reis 2019). These developments are reminiscent of the large and frequent cross-border central bank lending during the gold standard era pre-WWI and in the interwar years. Accordingly, it is unsurprising that swap lines have been reactivated on a large scale.

These are exceptional times. We have not witnessed many similar situations in history. The parallels to world wars are limited, but the past 200 years have shown that countries have been willing and able to mobilise substantial amounts in cross-border official lending during times of disaster.

Scheubel, B, and L Stracca (2016), “What do we really know about the global financial safety net?” Vox Column, 4 October.

My articlesMy books
Follow on:
Previous Lack of preparation for rare events and policy implications in the time of COVID-19
Next Pandemics and social capital