Home / VoxEU / Some micro/macro insights on the economics of coronavirus. Part 3

Some micro/macro insights on the economics of coronavirus. Part 3 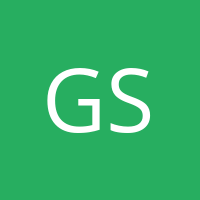 by
Gollier, Straub
My articles My books
Follow on:
Summary:
Some micro/macro insights on the economics of coronavirus. Part 3: Extreme risk management What should we be willing to sacrifice in wellbeing to collectively guard against very infrequent but extraordinarily intense events? This column asks this question in the context of France’s preparation for a pandemic, and argues that the allocation of public investments should be reviewed using scientifically based evaluation tools under uncertainty, using asset pricing theory, decision theory and real option valuation. Humanity faces many risks that could lead to its extinction. The plague is believed to have killed up to half of the European population in the mid-14th century (O Grada 2020). The pandemics imported from Europe by the conquistadores in

What the G20 should do now

Some micro/macro insights on the economics of coronavirus. Part 3: Extreme risk management

What should we be willing to sacrifice in wellbeing to collectively guard against very infrequent but extraordinarily intense events? This column asks this question in the context of France’s preparation for a pandemic, and argues that the allocation of public investments should be reviewed using scientifically based evaluation tools under uncertainty, using asset pricing theory, decision theory and real option valuation.

Humanity faces many risks that could lead to its extinction. The plague is believed to have killed up to half of the European population in the mid-14th century (O Grada 2020). The pandemics imported from Europe by the conquistadores in America would have essentially wiped out the indigenous populations two centuries later. We also risk another collision of the Earth with an asteroid, a risk that could be limited by an ambitious ‘interstellar’ policy. The global warming we are inflicting on ourselves and future generations is another illustration of these extreme risks. Of all these examples, only global warming is certain to occur. In contrast, the annual probability of an asteroid collision is probably less than one millionth. The risk of a Spanish flu or COVID-19 type pandemic is centennial in nature.  What should we be willing to sacrifice of our wellbeing to collectively guard against these very infrequent but extraordinarily intense events? The answer to this question should determine our willingness to invest in medical (or space) research as much as in the number of intensive care units.

There is no longer any doubt today that France will run out of ventilators and emergency beds, as is already the case in Italy. Does this mean that France has prepared poorly for the pandemic? Of course, if the occurrence and intensity of this pandemic had been certain, it would indeed have been optimal to invest in as many respirators as people with respiratory deficiencies, since their cost is lower than the value of the lives saved. But if the probability of a pandemic is 1%, is such a policy still optimal? Of course not. Public money is scarce, and it is crucial to allocate it where it creates the most social value. Investing in respirators that are unlikely to ever be used is probably not optimal, as France is facing a crying need for investment in education and social housing, to take just two examples, and other crises linked to extreme events are also likely to occur. Criticizing the state for running out of ventilators in times of health crisis is populist.

How many ventilators should we plan for when we don't know how many will be needed? This problem is as old as the problem of stock management in a company, or the newsboy who does not know how many newspapers he will be able to sell during the day. This problem is referred to as the "newsboy's problem" in operational research, a discipline of applied mathematics developed since WWII. The optimal strategy is very simple (Eeckhoudt et al. 1995). It is optimal to invest in a number of respirators such that the probability of being out of stock is equal to the ratio of the cost of one respirator to the value of the lives saved through its use. Suppose a patient's survival requires the use of a ventilator for two weeks. The purchase price of a ventilator is about €25,000. The rental cost for two weeks should therefore not be more than €1,000 euros. Using a residual life value saved of €1 million euros, the probability of being short of respirators should not exceed 1 per thousand per fortnight, or 2.6% per year. Out of the 2,600 fortnights that make up a century, we should observe on average no more than three fortnights during which our country is short of respirators. The fact that the  COVID-19 pandemic is one of these rare fortnights seems logical, but this does not mean that the health investment policy is necessarily open to criticism.

Since the contaminated blood affair, France has officially relied on the precautionary principle to manage its environmental and health risks, despite the fact that its operational application remains extremely vague and subject to profound disagreements of interpretation. It is true that decision theorists have clearly shown that a risk is better measured by the thickness of the distribution tails – i.e. the frequency of extreme events – than by deviations from the mean. Reducing the frequency of these extreme events, or reducing their intensity, therefore has a considerable impact on collective wellbeing. This has a cost that can be significant. For example, the massive purchase of H1N1 flu vaccines in 2009 cost France about €1 billion for a derisory benefit, since the epidemic did not materialise and the French refused to be vaccinated. This does not mean that this prevention effort was ineffective from an ex-ante point of view. Let us not get carried away by hindsight. We should review the allocation of public investments by using scientifically based evaluation tools under uncertainty, using asset pricing theory, decision theory and real option valuation.

Role of financial markets and the pension system

The equity capital of companies is the first cushion of the capitalist system against economic fluctuations. As long as they can, at the level of these reserves, they insure employees against the hazards of entrepreneurship. The volatility of prices on the stock markets reflects this insurance. Shareholders are therefore in the front line to bear the risk of entrepreneurship, and that is fine. Indeed, unlike employees, who can hardly diversify their activities between different companies, shareholders can pool their risk across a multitude of assets, sectors and countries. So they are in a much better position to bear the risks. Obviously, the most extreme symmetric macroeconomic shocks cannot be eliminated by this pooling, but shareholders are handsomely remunerated for bearing this risk, at around 6% per year over the last century.

In the case of COVID-19, the direct replenishment of companies' equity is therefore much less justified than the replenishment of household income. Financial markets must play their role as risk absorbers. Only the risk of insolvency and loss of industrial knowledge can justify a state bailout of companies. The recent political announcements on bankruptcy protection go in this direction.

In France, individual shareholding is relatively underdeveloped, which implies that this role as a shock absorber remains rather ineffective. This will force the state to use more public money to stabilise our economy and to insure workers. This is particularly the case because a tax advantage is being offered on the French people's preferred savings instrument, life insurance in euros. However, this policy offers a 100% guarantee on the capital invested, for a total of around €1,400 billion.  In other words, French people's savings do not in any way contribute to the carrying of collective risk, which must nevertheless be carried by someone! In France, more than elsewhere, it will therefore be the state that will suffer most of the losses. Moreover, this contractual guarantee leads insurers to invest in risk-free assets, which essentially no longer yield any return. All this is also lost for the financing of our companies. In the long term, everyone loses out. The new PACTE law is unlikely to change much in this worrying landscape of French savings. Here too, it is an important area for reflection for the future.

It is desirable for the pension system to organise a sharing of risks between generations of French people. Once again, under the veil of ignorance, everyone would prefer to live in a world where shocks are borne equally by all. In the points-based pension system, it would therefore make sense for the value of the point to fall temporarily in the year in which workers suffer a temporary shock as violent as that of COVID-19, especially if the state fails to fully compensate workers.

The COVID-19 pandemic and large-scale population containment raise new social and economic issues that require novel analyses. Data are lacking (or are unreliable) for an accurate analysis of the situation and the net benefits of policies. Nevertheless, economic science offers analytical tools that we believe are useful in guiding public decision-making, despite these sometimes-radical uncertainties. The coming weeks will be crucial in managing the pandemic and its economic, social and financial consequences. It would be desirable for these tools to be put into practice on this occasion.

The 2008 crisis had already revealed a weakness in our society due to the ‘interconnection’ of banks, with the financial risks taken by one bank affecting the financial risks borne by the others. The 2020 crisis reveals another interconnection: one between human beings, the health risks chosen by some affecting the health risks carried by others. Your efforts protect me; my efforts protect you. We all depend on each other. In our hyper-individualistic society, this lesson reminds us that liberalism cannot do everything. Beside religious faith, we need mechanisms of solidarity and civility among men that only a powerful and legitimate state in the eyes of the people can put in place. Here again, historical evidence seems to indicate that more decisive public health interventions have created the conditions to mitigate subsequent economic consequences (Correia et al. 2020).

Finally, we may also need to rethink the rules of globalisation, to refocus them on the true global public goods that require coordinated international action, namely international health and the environment. Let's bet that this crisis will strengthen our awareness of the social bond and the sense of our individual responsibility towards humanity. It also shows us in a striking way how a strong and resolute political will, guided by science, is capable of transcending our individualism in order to eliminate an existential peril. Can we learn from this cathartic experience to mobilise tomorrow against the other world war that we must urgently wage, that of the fight against global warming?

My articlesMy books
Follow on:
Previous The duration of relief cheques
Next Labour markets during the Covid-19 crisis: A preliminary view