Home / VoxEU / Women in the economics profession: A new eBook

Women in the economics profession: A new eBook 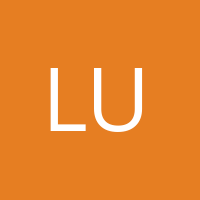 by
Lundberg
My articles My books
Follow on:
Summary:
Women are substantially underrepresented in the field of economics. This column introduces a new Vox eBook in which leading experts on the issue of gender in economics examine the role and progress of women in professional economics, review the barriers women face at various stages of the training and promotional pipeline, evaluate programmes designed to support and encourage female economists, and discuss the benefits of greater gender equality across economics research professions.  Fifty years ago, the second wave of feminism struck the academy, washing in new efforts to recruit and support women as researchers and academics. Still, women remain profoundly underrepresented in the economics profession (Auriol et al. 2019, Lundberg and Stearns 2019).  About

Women are substantially underrepresented in the field of economics. This column introduces a new Vox eBook in which leading experts on the issue of gender in economics examine the role and progress of women in professional economics, review the barriers women face at various stages of the training and promotional pipeline, evaluate programmes designed to support and encourage female economists, and discuss the benefits of greater gender equality across economics research professions.

Fifty years ago, the second wave of feminism struck the academy, washing in new efforts to recruit and support women as researchers and academics. Still, women remain profoundly underrepresented in the economics profession (Auriol et al. 2019, Lundberg and Stearns 2019).  About one-third of economics faculty in European research institutes and less than one-quarter in PhD-granting departments in the US are women, with female representation declining with the prestige and research focus of the institution and with level of seniority – less than 15% of US full professors are women.  It has been known for some time that this seniority pattern is not just the result of cohort effects as female economists work their way up the professional ladder, but rather the outcome of a ‘leaky pipeline’ for women. The reasons for women’s stalled progress in economics (as female representation in STEM and other fields has continued to grow) have been unclear, but recent empirical research has cast new light on this puzzle and on the barriers that women face at all levels in their pursuit of a career in economics.

Women in the Economics Profession, a new Vox eBook (Lundberg 2020), brings together contributions from leading researchers, who examine the impact of gender at all stages of the training and promotional pipeline: the decision to specialise in economics as an undergraduate, persistence in graduate programmes, and the assessments of research and teaching that affect tenure and promotion decisions.  Early chapters survey the position and history of women in economics, and others evaluate programmes designed to shrink the gender gap. The volume provides an invaluable resource for those who would like to understand the stalled progress of women in economics, and a guide for those who would like to contribute to increasing the diversity of the profession.

Where are we and how did we get here?

The representation of women in academic economics in the US grew substantially during the 1970s and 1980s as a direct result of a wave of feminist activism throughout the academy. The establishment of a committee of the American Economic Association dedicated to monitoring and promoting the progress of women in economics was a key event in a long-lasting controversy that set conservative economists who advocated a ‘free-market’ non-interventionist position against activists who argued that a truly competitive economics job market required a dramatic increase in its transparency and professionalism. That early progress slowed in the ensuing decades, with the share of female assistant professors and PhD students remaining roughly constant since the mid-2000s in the US. Female representation in European economics remains low as well, though it varies substantially across countries. Intersectional analyses have been rare, but one enduring facet of women’s underrepresentation in American economics has been the remarkable scarcity of Black women.

The path to a PhD

Field of study choice by undergraduates is the first step in the gender pipeline problem facing economics.  The representation of women in economics undergraduate programs has remained flat for 20 years, even as women make up an increasing fraction of college students in the US and the female fraction of majors in other STEM fields has continued to rise. Several reasons for a relative lack of interest in economics among undergraduate women have been put forward, including misperceptions about the subject matter of economics and the breadth of economics careers (students are likely to describe economics as a field focusing on money and banking) and a lack of female role models among instructors or other visible economists.

At the graduate level, economics programmes vary in the share of women students and in the relative success of female graduates in job placement and early publishing. Some factors that appear to be important for female PhD success, include hiring and retaining female faculty, requiring student works-in-progress seminars, a more supportive seminar culture, and general awareness of gender bias issues. Also important is the gender mix of peers in doctoral programmes.  A higher fraction of women in entering PhD cohorts reduces the gender gap in programme attrition, with the effect driven almost entirely by differences in the probability of dropping out in the first year of the program.

Female economists publish less than male economists on average, and we are beginning to understand some of the forces that contribute to this gap. One important source is pure gender bias in the review process at economics journals. Female authors are held to higher standards by (both male and female) referees, and this is reflected in the writing quality and citation count of published papers (female-authored papers receive about 25% more citations than similar male-authored papers). This bias leads to extended review times for female-authored papers and to effort adjustments by women economists, who face a quality/quantity trade-off that men do not. Gender bias also limits women’s participation in conferences with competitive entry – female-authored papers are less likely to be accepted than male-authored papers after controlling for extensive author and paper characteristics. Since conferences are important venues for the professional development, this sort of gender bias is likely to have wide-ranging impacts on women’s careers. The publications of female economists also appear to be limited by collaborative behaviour that is correlated with lower productivity: women tend to work with a smaller network of distinct co-authors than men.

Women who received economics PhDs in the 1970s and 1980s were 18 percentage points less likely, after controlling for research productivity, to receive tenure within ten years than similar men (Ginther and Kahn 2004). New results using more recent PhD cohorts now show an insignificant gender gap in promotion rates in very research-intensive universities (but large gaps in less research-oriented universities). Improvements have also occurred outside academia, though less is known about the status and career progression of non-academic female economists. An initiative at the ECB designed to foster gender balance reduced a substantial gender promotion gap by about 80%.

Family-friendly corporate policies have received much attention as a possible mechanism for helping women combine a professional career with the domestic responsibilities that tend to weigh more heavily on mothers. However, such well-intentioned initiatives can have unintended consequences:  adoption of a gender-neutral policy that gives all new parents an extra year before their tenure decision substantially increased the probability that male economists received tenure at their first job and decreased the tenure probabilities of female economists.  The path to promotion and tenure can also be affected by gender bias in student evaluations of teaching.  Anecdotal accounts of gender bias have been augmented by a growing literature that consistently finds evidence of biases against female instructors, often driven by the judgements of male students.

What can we do?

How can we encourage more women to enter training programmes in economics and foster their success at all stages of the career pipeline, as students and as young professionals?  Programmes that provide undergraduate students with more information about economics at an early stage and encourage them to major in economics directly or through the example of role models appear to be successful.  There are ways to make graduate programmes more effective and welcoming to female and other underrepresented students, with increasing the number of female students and faculty one of the simplest. An evaluation of an intensive mentoring programme that randomised participation indicates that such efforts can be effective in increasing the research productivity and tenure prospects of junior economists. Interventions for which we have credible evidence of causal effects can now be adapted and extended to broader populations, given the will and resources to do so.

The contributions to this eBook demonstrate that the underrepresentation of women in economics cannot be attributed a lack of interest in the subject or to female household responsibilities. Women in economics face clear barriers to field entry and professional success that are distinct from those in other maths-focused fields.  A lack of role models and limited access to mentoring appear to be relevant, but women also appear to face implicit bias in the assessment of their research and other professional contributions that limit their success and persistence in the field.  The intrinsic scientific benefits to improving diversity in economics have been discussed elsewhere (Bayer and Rouse 2016); the studies in this eBook document the challenges and illustrate some strategies for advancing this goal.

Lundberg, S (2020), Women in the Economics Profession, A VoxEU.org eBook.

My articlesMy books
Follow on:
Previous Public interventions in the banking sector
Next Artificial intelligence as a central banker