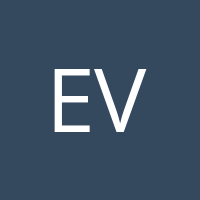 Peak Data: When Not Enough Is Already Too Much The Wild 1990s
Not so long ago, during 1990’s, the connecting world of the connected world we now know was literally and comprehensively in the development stage during those wild crazy go go years before the crash in technology stocks in 2000.

The infamous tech bubble of the 1990s – to this day the greatest stock market bubble ever seen in the US (in terms of multiple expansion, intensity, public participation, speed and extent of the blow-off phase) – click to enlarge.

What you  saw on your monitor then,  really was more or less what you got, depth hardly existed. Almost all internet services were flat and by subscription, billed by the minute. America Online, Prodigy, Compuserve, and thousands of “bulletin boards” for online exchanges, information posting, questions and answers, were the destinations.
Little if anything was recorded though perhaps in AOL’s more risqué “chat rooms” (the original Skype) a live monitor (actually a volunteer for reduced fees) might be listening in, which is to say, “reading in”. There was no voice over internet protocol then, no recording machines or capture software and no video.
Modern data storage was in its infancy, even if the intention to record all data already existed.